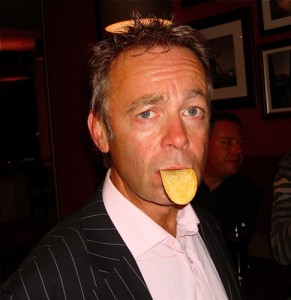 Likes Pringles, and is the longest serving member of the band (30 years!)

Terry joined MIXED FEELINGS in 1979, when the band was a five-piece, doing the semi-pro club and pub circuit in London. He is an exceptionally talented drummer and gives lessons during the day.

He actually claims to having drum lessons himself, from the late, great Buddy Rich! Amateur Magician, (his tricks always go wrong) Squash bore, star cloth repairer and David Essex impersonator – his many talents never cease to amaze the band.

He also enjoys playing with his Dog in his spare time.

Blessed with a unique sense of humour, he has had the passengers and crews of 747’s rocking with laughter on flights across the globe.

A very funny man and a real ‘character’ that adds a vital ingredient to MIXED FEELINGS.