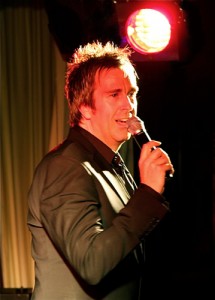 Gary has been in the band 12 years and has probably made in excess of 1500 appearances for MIXED FEELINGS!

He is well known on the entertainment circuit to UK audiences. (Especially since his spectacular exit from the ‘X factor’ when he got to the last 20 – then had a blazing row with Simon Cowell – Voted one of TV’s funniest moments!)

Gary did his vocal apprenticeship as a teenager at Butlin’s holiday camps. Prior to joining MIXED FEELINGS, Gary appeared nationwide in the ‘Blues Brothers’ a part he still plays in MIXED FEELINGS.

He currently lives in Nottingham.