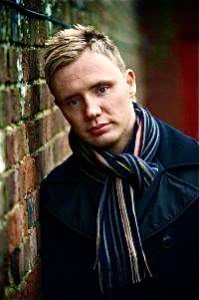 Chris Madin originally from Doncaster, South Yorkshire made the move to London seven years ago and is now one of the busiest and well respected singers in the UK!

Chris has also found time to work on his debut album ‘Jigsaw’ and has so far signed Licensing deals in Taiwan, Korea and a master representation deal with EMI publishing in NewYork/L.A You can hear excerpts from the album at his website www.chrismadin.com The album is also available to download from iTunes!

Chris’ latest venture has seen him write all of the original music for an exciting new Rock ‘n’ Roll show called The Twist! Where he has taken up the role as head of music and overseeing all of the music in the show.  For him this is the most exciting project he has ever worked on and he believes it will take the UK by storm!

Chris lives in Ware, Herts and has been in MIXED FEELINGS for nearly three years where he combines with Gary Priestley to form a most formidable male vocal section and simply says, ‘He loves it’